Pistyll Rhaeadr is the highest waterfall in England and Wales located in Powys, Wales. The waterfall originates from streams flowing off the beautiful Berwyn mountains.

Berwyn mountain range acts as a haven for wildlife with its highest point, Cadair Berwyn, standing at an impressive 2,723ft (830m).

Pistyll Rhaeadr waterfall is formed by streams of crystal clear water and then falling 240ft or 73 metres in three stages at the Silurian cliff face, forming a river known as the Afon Rhaeadr.

The landscape surrounding Pistyll Rhaeadr waterfall comprises of many clues to a long and fascinating history. There are evidences of pre-historic and medieval land use and settlements, including field systems and farmsteads.

Remnants of the lead mining activities dating back centuries can also be spotted that makes the sceneries even more spectacular. Many of the tracks and paths on the mountain ranges date back to ancient times, and present field boundaries that often follow very old alignments.

Here’s a list of common questions about Pistyll Rhaeadr answered.

How to pronounce Pistyll Raeadr?

The word Pistyll Rhaeadr comes from Pistyll meaning a “well” or a “spout” and Rhaeadr meaning “waterfall”.

Pistyll Rhaeadr waterfall is regarded as one of the seven wonders of Wales. It is also claimed to be the highest waterfall in England and Wales with a total vertical drop of 73 metres or 240 feet.

How was Pistyll Rhaeadr formed?

Pistyll Rhaeadr waterfall is formed by streams of crystal clear water flowing from Berwyn mountain ranege. The water falls 240ft or 73 metres in three stages at the Silurian cliff face.

The remote mountain range is very much undisturbed and provides a haven for wildlife.

Look out for rare species including hen harrier, merlin, peregrine, red grouse and black grouse which beautifully add life and movement to a landscape where people are rare visitors and making the whole mountain range a fantastic destination to visit.

Most of the Berwyn mountain range is ‘Access Land’ which means that visitors have the right to walk across the open hills. The waterfall itself, Pistyll Rhaeadr makes a great starting point for an ascent of the main Berwyn ridge, including Cadair Berwyn and Moel Sych.

It is advisable to wear appropriate mountain walking footwear and clothing and maps can come very handy too.

Particular care should be taken while walking to the top of the falls as the walk can be quite challenging at times and especially on a wet rainy day.

The top of the fall does not have safety railings or warning signs, nor there are any use of concrete to tame the streams leading to the waterfall. This is to ensure the beautiful site is left as intact and close to nature as possible.

How to access Pistyll Rhaeadr waterfall from car park and map

Walking up to the top of the waterfall which may take approximately 20 minutes can be a fantastic half day visit.

The walk from the car park to the base of the waterfall takes you to an iron bridge crossing over the river offering great view of the waterfall. The bridge also leads to the nearby woodland walks and public footpath.

You can also plan a picnic by the top of the fall and afterwards extend it to a full day out by exploring the Berwyn Mountains.

There are public toilets near the car park for visitors to use for free of charge and there is also a shop and a tearoom.

Video of the streams feeding into Pistyll Rhaeadr waterfall 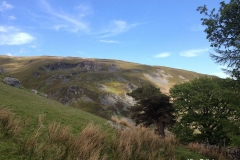 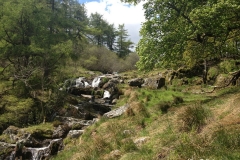 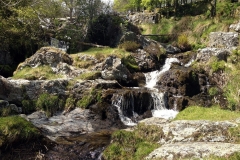 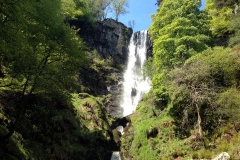 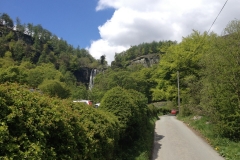 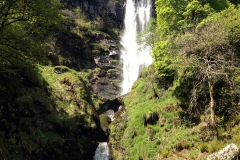 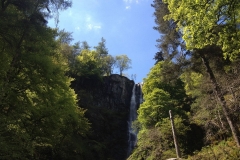 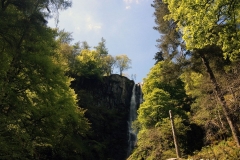 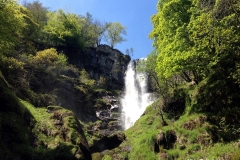 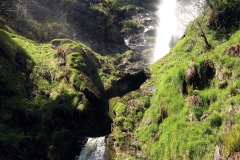 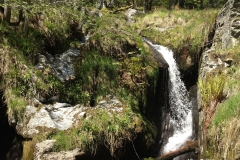 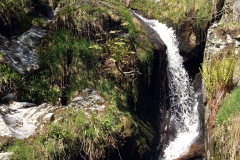 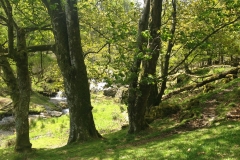 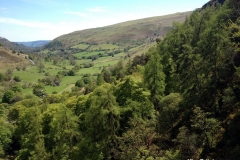 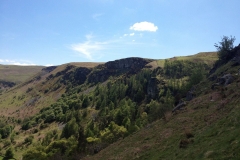 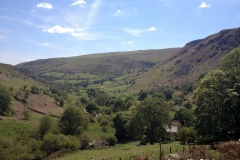 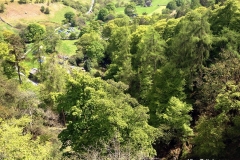 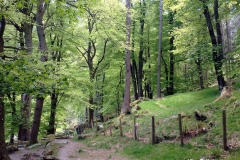 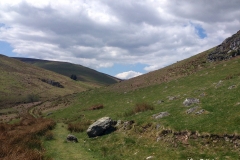 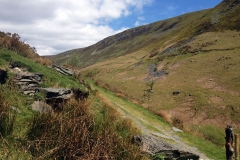