Brighton is located on the south coast of England and is often referred to as London on the Sea!

Brighton was known as Brighthelmstone in the ancient times and first settlements date back to 1086 A.D.

Being a traditional British seaside town, Brighton gained its popularity as a health resort in the 18th century amongst visitors from London after the railway was established. There are now over 900 pubs in Brighton offering a vibrant night life.

Brighton Pier is also one of the top tourist attractions of Brighton with many fun rides and seaside arcades.

According to Brighton and Hove council figures, over 11m visitors visited Brighton & Hove in 2018. And out of the 11m visitors, 1.15m stayed overnight which shows that Brighton as a destination has so much more to offer than just the beach.

Things to do and places to visit Brighton

The pier has seen millions of pounds in investments over the last decade to make it one of the top tourist attractions in the south of England.

The pier features the Super Booster ride which is one of its kind in the UK which catapults 4 brave hearted people up to 38 metres above the sea to drop swinging freely at 60mph.

The pier also features restaurants where during the summer many events are hosted in the restaurant gardens with a spectacular view across Brighton.

Brighton pier also features two amusement arcades, The Palace of Fun and The Dome. They are packed full with many games such as basket ball game, air hockey table and many more. The food court also offers traditional British Fish & Chips, pizza, hot dogs and many more options!

Brighton beach has been regarded by many a news paper and travel outlets as one of the top tourist destinations in the World! Brighton beach also came fourth in TripAdvisors Travellors Choice awards, falling only behind Bournemouth Beach and 2 other beaches in the UK.

Overlooking the Brighton Pier, the Blue Flag pebble beach offers a fantastic seaside experience for visitors. Blue Flag is a certification by the Foundation for Environmental Education which is awarded on an annual basis, and Brighton beach has been securing this status for more than a few years now.

The promenade comprises of trendy cafes and bars and there are numerous sailing activities and water sports in Brighton Beach itself. The beach also has a dedicated nudist area at eastern edge of the promenade for those who are interested.

Eating out in Brighton – Restaurants and pubs

There are plenty of bars and pubs in Brighton to keep you busy for the whole year round if anyone decided to visit a new pub every day of the year! The nightlife in Brighton can probably only be second to London in terms of the party atmosphere and happy go lucky crowds. The pubs are trendy with designer decorations and outstanding pub food combined with live music.

In May every year, Brighton hosts the second largest Art Festival in Britain which includes a Children’s Parade and outdoor events such as pyrotechnics. In venues throughout the city music events, visual arts and theatre shows take place.

Brighton is often referred to as the Gay capital of the south having a large LGBT community. There are plenty of shops, bars and clubs specifically aimed at the community and Gay Pride carnival is also hosted in Brighton in August every year attracting thousands from all over the world.

How to get to Brighton

Brighton beach is often referred to as the London’s Beach. While 47 miles away, it is one of the closest and most famous beach to London. Here’s a list of ways and travelling directions below for your next trip to Brighton.

Getting to Brighton by Train:

There are frequent trains from London Waterloo which takes just over an hour with good connections from London Victoria, London Bridge and Gatwick Airport train stations as well.
For up to date travel information and planning a train journey visit National Rail website at http://www.nationalrail.co.uk

Getting to Brighton by Car:

Brighton is approximately 55 miles or 1 hour 30 minutes’ drive from London mainly on A23 and M23 motorway.

The Lanes car park is probably the closest multi storey car park to Bright Pier. It only has 366 spaces so you may struggle to find space in peak season.
The post code for Lanes Car park at Brighton Beach is: Black Lion Street, Brighton BN1 1ND

You can also try parking on the Madiera Drive which is right by the beach. However, spaces are limited (363 spaces) so it is always good to have a 2nd option to fall back on to as a backup. Address for Brighton Madeira Drive car park is: Madeira Drive, Brighton, BN2 1PS​

For a full list of car parks in Brighton and prices, you can visit Brighton and Hove council website here:
https://www.brighton-hove.gov.uk/content/parking-and-travel/parking/car-parks

Getting to Brighton by Bus:

By bus, it takes approximately 2 hour 30 minutes from London Victoria, and the coach station in Brighton for National Express coaches is very close to Brighton Pier on Pool Valley Road. For coach fares and reservations you can visit National Express website at www.nationalexpress.com 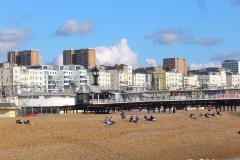 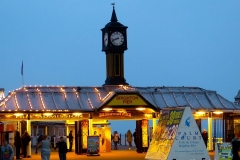 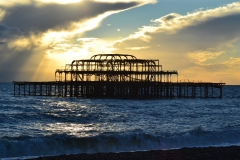 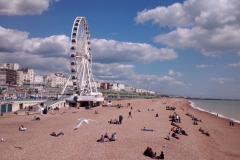 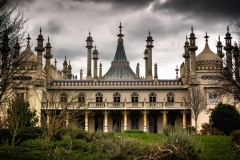 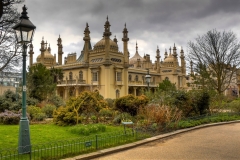 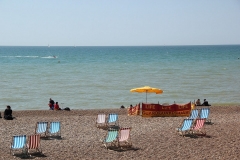 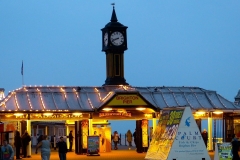 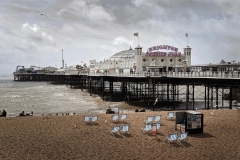 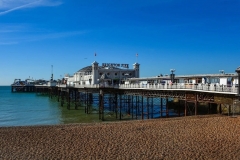 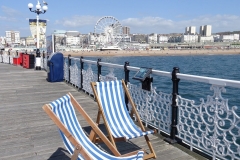 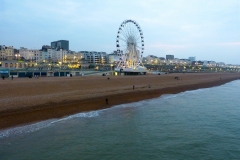 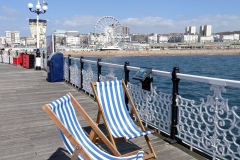 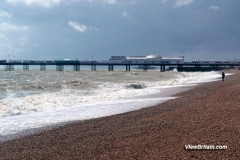