The village of Luss is located on the banks of Loch Lomond and is one of the best places to visit if you are planning to explore the beauty of the Loch Lomond lake.

The village has its own Visitors Centre where you can get tourist information, shops and refreshment facilities and also park your car to go on walks.

There are four walks that set off from the Visitor Centre. The paths lead through the village and the surrounding countryside including the Quarry Path. Slate stones were mined in these quarries in the 19th century to provide roofing for the houses in Glasgow.

The remnants of the slate mining are clearly visible with exposed stacks of slates and a beautiful wooden bridge crossing a spectacular stream.

The reason why we picked Luss village as a centre for exploring Loch Lomond is because of its central location. Luss village is only around 20 miles from Glasgow and offers good connections with Inverary and Oban.

Overlooking the beautiful wooded islands on the Loch Lomond, the ancient settlement of Luss village was rebuilt in the 19th Century.

History of the Luss Village

Over 1500 years ago, St Kessog, an Irish missionary arrived at the shores of Loch Lomond and settled on the Inchtavannach island of the Loch.

At that the time, the village was known as Clachan Dhu – which stands for Dark Village due to its location surrounded by hills. The saint was later martyred and the legend has it that his body was embalmed in sweet herbs. And the herbs grew over his grave, giving the village the name Lus – Gaelic for herb.

A rich deposit of bluish grey slate stones run through the village of Luss. Many villagers worked in the slate quarries. On the walk through the Quarry Path starting from the car park at the Luss Tourist Information Centre, you will still find mounds of slate stones, beautifully stacked as if an artist had skilfully placed them there.

These were mainly the stones that the workers had thrown away. It is a fascinating sight, which speaks history. Many tenements in Glasgow still have slate stones on the roofs that were collected from Luss.

The Luss Heritage Path which may take approximately 1 hour is essentially a full circuit around the village, the river and the countryside offering stunning views. You can end the walk at the tourist centre and reward yourselves with drinks and a bite to eat in the café or the luxury Lodge on the Loch Lomond Hotel. The restaurant in Lodge on the Loch Lomond hotel is highly rated and the service is immaculately efficient.

This is a 2.5 miles walk from starting from Luss village offering breath taking views.

The walk up will go through some boggy terrain so it is advisable to wear waterproof hiking boots.

The hike offers spectacular views of the Loch Lomond and nearby mountain ranges.

Map of the walk to Beinn Dubh summit

Video of Luss Loch Lomond from a Beinn Dubh summit 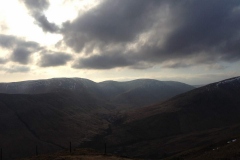 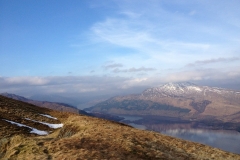 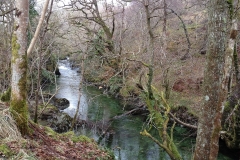 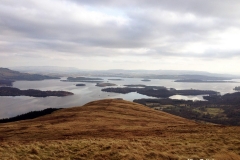 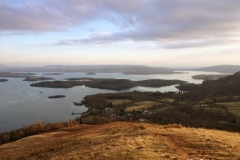 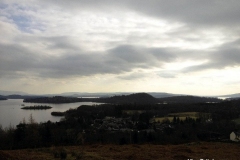 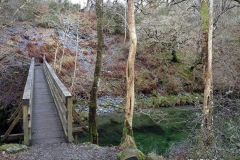 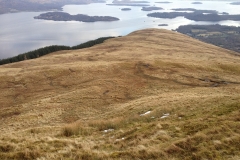 Inveraray of Argyll and Bute – Tourist Information, Pictures and Things To Do

Things to do in Glasgow – Places to visit and Tourist Information

Oban Tourist information, things to do and places to visit, recommendations and pictures