Beaumaris Castle is a medieval castle in Anglesey, Wales, ranked as a World Heritage Site alongside the likes of the Egyptian pyramids and Taj Mahal.

The construction of the historic Beaumaris Castle was ordered by King Edward I, King of England, in 1295, during and after the two military campaigs in which he conquered Wales.

This was the last and technically most perfect of his four formidable castles to dominate North Wales. In the process he established what, for many centuries, would become the principal town of Anglesey and chief port of North Wales.

Beaumaris means ‘fair marsh’ being on flat marshy ground, it had to rely entirely upon man-made fortifications. The symmetrical layout of the Beaumaris Castle and its multiple defences symbolise the high point of medieval castle design.

The construction commenced in 1295 which was 12 years after King Edward I’s last military campaign in Wales, following a revolt the previous year. Up to 2,600 men worked at a break-neck speed for the first two seasons and then it ceased due to heavy demands in Scotland. This is why when you visit the magnificent Beaumaris Castle, you will notice the castle was never completed to its full height.

You may also be interested in visiting our page about the Defence Structure and Design of Beaumaris Castle here.

How to get to Beaumaris Castle, Anglesey, Wales

Beaumaris Castle is just over 7 miles drive Bangor, located right on the A545. It’s approximately 20 mins drive from Bangor, and only 45 minute drive from Llandudno, a beautiful seaside town if you happen to be there already.

Here’s the address and post code which you can use for your satnav/gps for Beaumaris Castle –
Address: Castle St, Beaumaris, Isle of Anglesey LL58 8AP
Phone: 01248 810361

Getting to Beaumaris Castle by train

The nearest station to Beaumaris castle is Bangor which is approximately 7 to 9 miles away depending on the route you choose.

You can take a taxi from Bangor station to Beaumaris Castle or take a bus from near Bangor Bus Station.

The bus journey from Bangor Bus Station to Beaumaris Castle will take you approximately 47 mins and is operated by Arriva Wales. You will alight at Beaumaris Bulkeley Hotel stop, and then its a 3 minute walk from there.

You can buy an adult day ticket that covers Menai zone for £4.60 which should cover your return trip from Bangor station to Beaumaris Castle and back. For up to date bus time table and prices, you can visit Arriva Wales website here – https://www.arrivabus.co.uk/

Things to do and places to visit near Beaumaris Castle in Anglesey, Wales

Beaumaris Gaol is a former jail built in 1829 and attracts around 30,000 visitors each year. The prison is an example of the brutal conditions prisoners were kept under and yet it was an improvement on harsher conditions offered by former Gaols. You can find out about the harsh treatment and hardship endured by Victorian prisoners by paying a visit to the Beaumaris Gaol.

Enjoy an afternoon exploring the court house learning about Welsh Laws and interesting information about justice in rural Wales. Find out what was the punishment for stealing a few ducks and chickens in 1866 and other infamous trials held in Beaumaris long-established Courthouse.

This fine church built in the 14th century houses the stone coffin of Joan, known in Wales as Siwan, (1195-1237) the wife of Llewellyn the Great and daughter of King John of England.

Believed to be the oldest surviving town house in Beaumaris. It was built in 1480s at a time when most other neighbouring structures were built with similar timber frame. It is certainly worth a visit as a travel back in time to get a picture of the medieval construction and architecture. 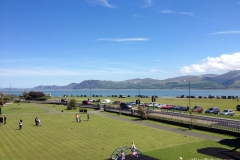 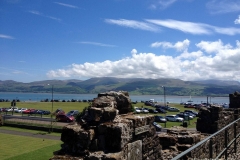 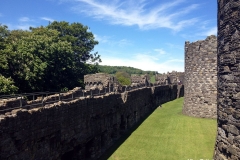 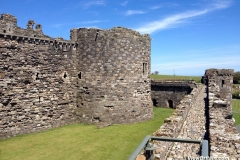 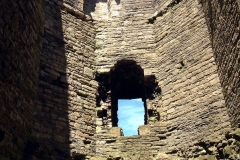 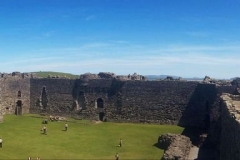 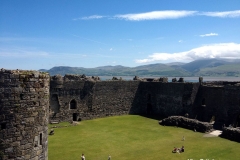 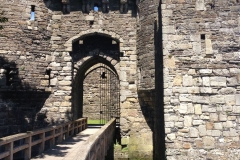 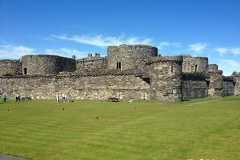 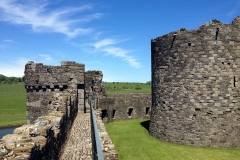 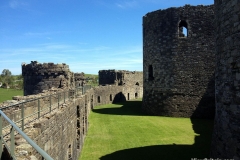 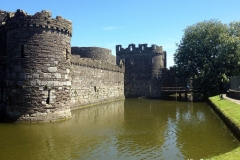 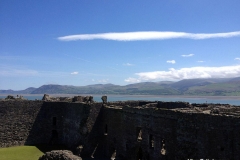 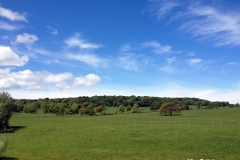 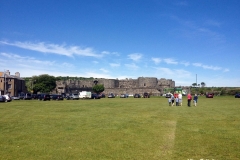 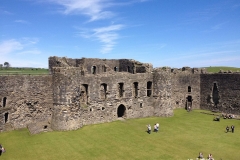 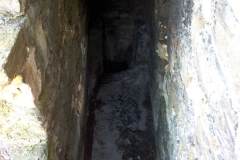