Chapman’s Pool is a beautifully tucked away cove in Dorset, west of Worth Matravers on the Isle of Pubeck.

It is a magnificent cove with very little visitors, partly because very few know about it and even less actually want to make the descend to get to it.

This makes it a tranquil location for nature lovers who seek a soothing destination with very few other visitors around and enjoy hill walks and unaltered rocky coastlines.

And of course you are likely to come across fossils such as ammonites and bivalves which are flattened against rocks but still very exciting.

Chapman’s Pool offers a breath-taking view of the Mother Nature in its works. With the sea breaking inland forming a horse shoe shaped indentation which is the cove as it is now.

If you are already sold and would really like to visit Chapman’s Pool, the here’s our details post on

How to get to Chapman’s Pool

If you like quiet isolated locations, then Chapman’s Pool will be perfect for you with no shops, houses or cafes nearby except for a few boat houses that remain closed most times of the year.

The area around Chapman’s Pool and cove is very much unaltered by modern humans and replicates Lulworth Cove in many ways added with a fascinating feel of isolation.

The access to Chapman’s Pool itself is through scenic village of Worth Matravers where there is a small car park surrounded by dry stones. The walk from the car park to the cove is approximately a mile through farmlands and then descending down the hills with spectacular views.

Once you have absorbed the beauty of the descend walking down the hill, you arrive at the rocky beach where you can just have a picnic sitting amongst the rocks or sun bathe if it is summer blessed with a sunny day.

The cove is formed of rocks that are the upper parts of Kimmeridge clay. Chapman’s Pool, and the nearby Kimmeridge bay and Freshwater Steps are believed to yield more reptile remains than any other Kimmeridge clay locations in the UK.

However, please refrain from hammering on the cliff as it is not allowed and can be very dangerous.

If you make it there at the right time before sunset and catch the tide go down then you will notice small rocks being revealed from underwater slowly strewn with live cockles attached to them.

With proper care, you can walk around the slippery rocks and shallow water and the mystic sunset can make it a thrilling experience.

You can head west along the coast from the beach and depending on the time of day and tide, you can get a very close look at the clay cliffs. The tides can be very misleading and it is not recommended for children as there are risks of getting trapped.

Collecting Fossils from the Foreshore in Chapman’s Pool

If you have the keen eyes, you can come across many fossils strewn around the foreshore, however, prizing out any fossils from the cliff face can be dangerous and not recommended.

Hammering is not allowed on this part of Jurassic World Heritage Coastline as the slightest disturbances can result in a cliff fall.

You can find fossils washed ashore on the foreshore. Ammonite and Pavlovia rotunda can be found in the foreshore clays flattened and still retaining much of their features. It is a good practice not to collect the fragile ammonites as they can break very easily and to leave them where they can be seen by others too.

Chapman’s Pool due to its isolated location is relatively unfished when compared to other popular fishing locations.

You can fish from the rocks along the bay while enjoying the outstanding natural beauty. For best results, it is recommended to fish in the first and last light at Chapman’s Pool.

Some of the fish species that have been caught at Chapman’s Pool before include:
Winter Species – Flounders, Whiting, Pouting, Codling and Rockling
Summer Species – Bream, Bass, Rays, Plaice and Mackerel
Recommended baits – Lugworms, Ragworms, mackerel, sand eels and squid

Many lives were lost nearby in the sea in the 1800s and eventually after much local pressure, a life boat station was built at Chapman’s Pool which was completed in 1867.

However, due to shortage of a village nearby resulting in very few local volunteers and great expenses, it closed down in 1880. The building can still be found at Chapman’s pool and is now used as a fishing hut. 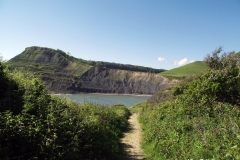 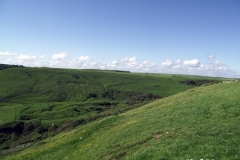 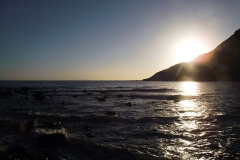 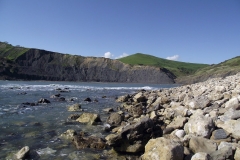 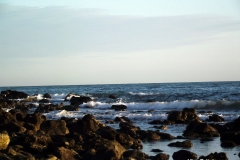 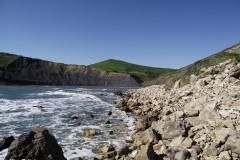 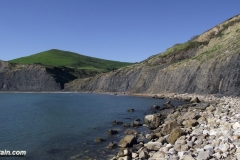 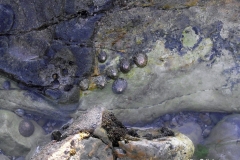 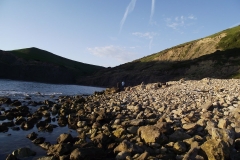 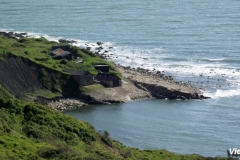 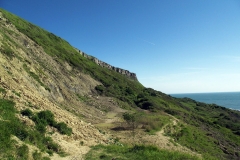 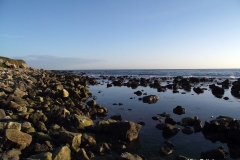 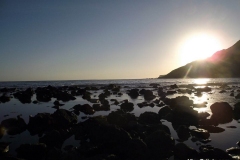 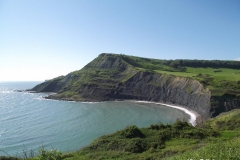 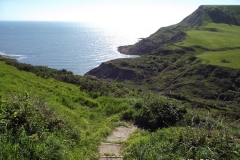 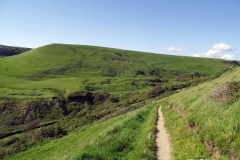 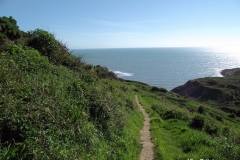 Castles, Gorges and Walks in Dartmoor National Park including pictures and videos

Isle of Wight – Activities, Things To See, How to Get here, maps and more