If you are looking for a fun day out in London, Kingston-upon-Thames is there to tick all the boxes. From scenic riverside walks, boat rides, shopping, ancient market places and not to forget Hampton Court palace within easy reach, Kingston has it all.

Not many towns in London has as many charms as Kingston and its surrounding areas have on offer.

You can choose to stroll along the Queen’s Promenade that starts from the town centre close to many well-known shops.

Or you can just choose to sit by the riverside with many trendy pubs and restaurants right on the river bank.

There are plenty of boat rides that set off from Kingston/Surbiton area to Hampton Court and if you buy a return ticket which usually works out much cheaper, you can plan a whole day packed with fun activities and sightseeing.

The stretch from Hampton Court Palace to fashionable Chelsea Harbour is a span of 22.5 miles of stunning string of some of the world’s most famous attractions.

Comprising of splendid gardens, vast parklands and secluded green spaces, this iconic stretch of London is guaranteed to take visitors by surprise. The riverside paths of Thames is one of the great pleasures of London life owing to its soothing routes, riverside pubs and not to forget the majestic swans, and other elegant species of birds.

It can be said without any doubts that no other capital city in Europe can match what London has to offer both indoors and out.

This sweeping promenade was inaugurated by Queen Victoria herself in 1856 when a thousand school children lined the road.  The promenade stretches from Kingston Town centre to as far as Ravens Ait, a small island on the Thames which we will talk about too.

There are plenty of benches along the riverside and flowers bloom in hundreds of colours in summer making it a spectacular walk.

There are also a block of public toilets conveniently located by the river on Queen’s Promenade, well maintained and free of charge.

In summer, many people prefer to take picnics to the Queen’s Promenade and it gives away a festive vibe with jolly people just having a great time.

One can sit at one of the benches and spend time just staring at the boats, swans swimming or people rowing while the clock ticks away without a care in the world. There is the Thames Sailing Club that was started in 1870 and a clubhouse was built opposite the small island, Raven’s Ait. The special conditions created by a narrow waterway and tree lined banks can be seen taken advantage of by boats with masts of over forty feet high sometimes

The Ait – or Eyot (old English for island) which can be seen up-river from Kingston, was originally used to grow Osiers for Kingston’s basket makers. From 1861 to 1968, the island was the home of Kingston Rowing club until they moved to Canbury Gardens, North Kingston.

The island has Royal connections too. Kingston has hosted Royal Court from the Saxon Times, and King John made frequent visits to Kingston.

John became nationally unpopular, and the Barons offered the crown to Louis, the eldest son of the King of France. However, after John’s death in 1215, the Barons changed their minds and crowned John’s nine year old son Henry III instead.

Subsequently, they rowed Louis to the seclusion of Ravens Ait where they devised ‘The Treaty of Kingston’, conferring the crown on young Henry.

Flying Boats, star of Battle of Britain – the Hurricane and Kingston

The Sopwith Aviation Company was established in Kingston in 1912 and at the time they were developing seaplanes for the Royal Naval Air service.

They were using Thames as a ‘runway’ for test flights as the local constabulary gave their approval. However, due to the Thames Conservancy Board’s objection, proprietor Tommy Sopwith moved down-river to Richmond.

Tommy Sopwith and his ex-test pilot Harry Hawker later formed the Hawker Engineering Company. And so began the enterprise which produced many planes for World War 2, including the Hurricane, which excelled in the Battle of Britain.

Hawker Hurricanes were responsible for over 60% of the losses inflicted on the German air force during Second World War.

On your walk from Kingston to Hampton Court, you will come across the Seething Wells on the opposite side of the river in Surbiton. The waterworks used throughout the Victorian times was where Dr John Snow was able to prove that Cholera was ‘waterborne’ and the discovery led to an end of the outbreaks that haunted London.

The walk from Kingston to Hampton Court Palace

The walk itself is 2.9 miles between Kingston upon Thames and Hampton Court Palace. It takes approximately an hour forming part of the Thames Path.

Starting from Kingston town centre, walkers and cyclists can come across sights including the Barge walk, Hampton Court Palace, and the 700 acres Home Park. Hampton Court Home Park features deer park, ponds and other waterways that are a sanctuary for wildlife.

The Home Park also joins Hampton Court Palace with Kingston. The remains of the first bridge crossing the Thames outside of London can also be found along this walk.

Map of Walk from Kingston to Hampton Court

This 3 mile stretch of the world famous River Thames is not to be missed. The boat ride takes approximately 25 minutes to arrive at Hampton Court from Kingston.

It offers a spectacular view of the Ravens Ait, Thames Ditton Island, Hampton Court Palace and a great perspective of life along the River Thames including striking homes with backyards leading on to the river.

You can also hire an entire boat ideal for birthday parties or any occasion you may wish for. You can visit Kingston Council’s official website for public Transport at the link below for recommended service providers.
Kingston Council Transport web page here – https://www.kingston.gov.uk/info/200197/sustainable_transport

Bentall centre in Kingston has a history dating back to 1867 when the store was first opened by Frank Bentall as a drapery shop. It forms an important part of the modern history of Kingston and today it is home to brands such as Ted Baker, Hugo Boss, TM-Lewin, Barbour, Tommy Hilfiger, Zara, New Look, Timberland and many more that you will find in any high streets in the UK.

Kingston also offers a vibrant shopping experience with shops in abundance including John Lewis, Marks and Spencer and most other major retailers. The shopping atmosphere offered by Kingston is unique in its own way and demands a visit!

The historic market place in Kingston has been in use since when Henry II ruled around 1170 A.D.
All the outdoor entertainment and activities that take place in Kingston are focused on Kingston’s market place. Alongside offering eccentric display of fresh fruits and vegetables, the market place is the favourite venue for numerous concerts, carnivals, promotional events and fun days throughout the year.

Food stalls in the Kingston market place include Traditional British, Indian, Chinese, Moroccan, Japanese, cuisine and many other exciting stalls that are bound to leave you struggling to make a choice.
The market is open six days a week from Monday to Saturday, 9 am to 5 pm.

How to get to Kingston

Getting to Kingston by Train

Kingston train station is very well connected with London. You can take a train from London Waterloo and it will take between 20-30 minutes depending on the train.
To plan your journey by train to Kingston you can visit Transport for London journey planner by following this link: http://journeyplanner.tfl.gov.uk

Getting to Kingston by Car 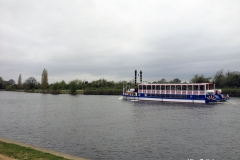 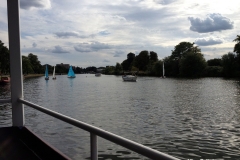 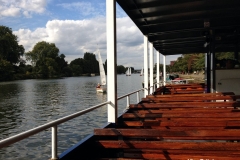 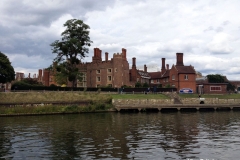 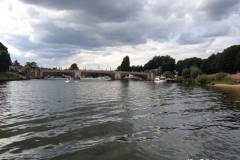 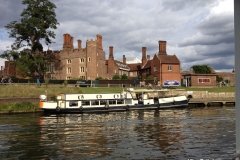 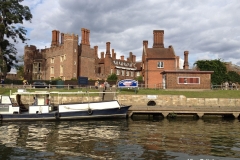 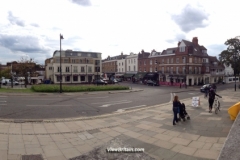 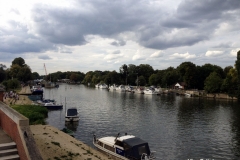 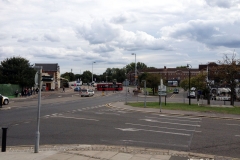 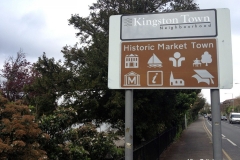 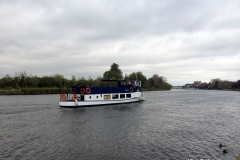 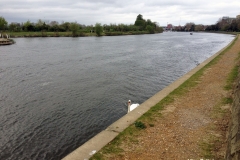 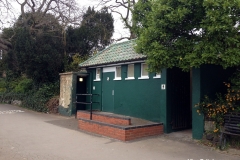 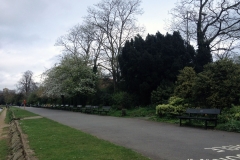 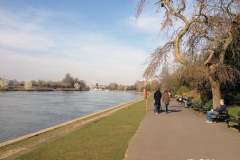 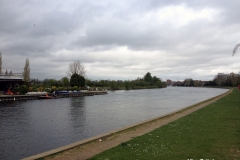 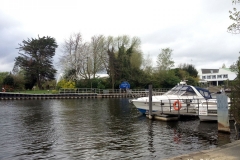 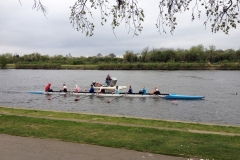 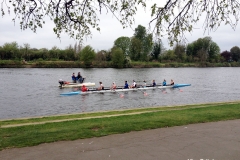 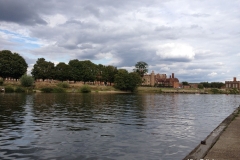 Things to See and Do in Puzzlewood – Forest of Dean