Keswick is an ancient market town dating back to 1276. This market town started when Edward I granted the Lord of the Manor of Derwentwater a charter to hold a market on Saturdays.

This market became the heart of Keswick and is still thriving over 700 years later. Keswick is in a stunning location, nestled between mountains and the banks of Derwentwater in north Lake District. The word ‘Keswick’ comes from the Norse meaning cheese farm, probably relating to its earliest settlement days in the 1240s. Nowadays, the market offers fruits and vegetables, local produce, clothing, local art and crafts and much more.

Population – 4,821 (2011 Census)
Location – Allerdale, Cumbria, North West England
Postcode – CA12
Postcode for GPS/satnav – CA12 5JR (approximate postcode to get you to the heart of the town)

Keswick is home to the world’s first pencil and the world’s largest pencil can be found in the Pencil Museum in Keswick.
The George Hotel is Keswick’s oldest coaching inn dating back to the 16th Century.
The first mountain rescue unit in the UK, called Borrowdale Mountain Rescue, was formed in Keswick by Rusty Westmorland. It changed its name to Keswick Mountain Rescue in 1951.
The mysterious Castlerigg Stone Circle is a 4000 year old Neolithic stone circle with magnificent 360° panoramic views and located in the Keswick area.

What you can expect to see in Keswick town

Surrounding the pedestrianised market square is the dominating grade II listed building, the Moot Hall. First built in 1571, it has been used for various purposes in the past such as a covered market, museum and prison.

ther important landmarks worth visiting include the Keswick Museum and Art Gallery which displays the Musical Stones of Skiddaw, one of Britain’s oldest surviving cinemas, the Alhambra established in 1913 and a modern theatre by the lakeside.

Derwentwater lake is just a 10 minute walk from the town centre where you can hire boats, go on launch trips and leisurely lakeside walks; click here for more information, pictures and videos on Derwentwater Lake.

Despite being a small town, Keswick has so much to offer and with accommodation in abundance, every need and budget is catered for. So whether you are a long stay tourist or a day visitor, there really is something for everyone in Keswick. 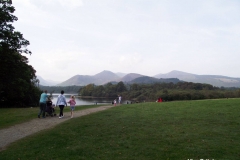 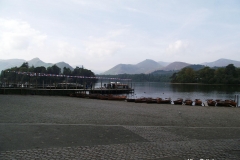 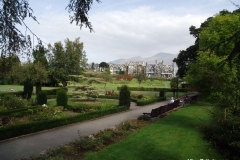 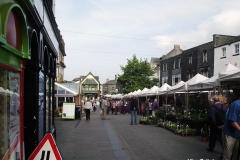 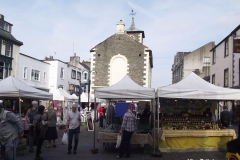 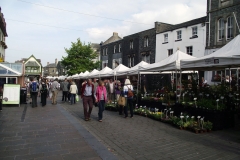 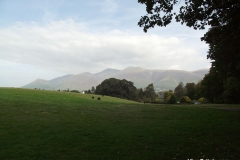