Durdle Door which is also written as ‘Durdle Dor’ is a natural Limestone Arch in Lulworth, Dorset.

The limestone arch is accompanied by an exceptionally scenic beach with excellent quality bathing water recommended by the Marine Conservation Society. It is on the world famous Jurassic Coast which is also ranked as a World Heritage Site.

The Jurassic Coast itself stretches 96 miles (155 KM) from Orcombe Point near Exmouth in East Devon to Swanage in East Dorset, England.

Durdle Door beach is one of the most scenic beaches in England and offers extraordinary bathing/fishing experience.

The beach itself is tucked away fairly remote from other traditional beaches which makes it perfect for people seeking for quieter atmosphere combined with scenic beauty.

The bathing beach is recommended by Marine Conservation Society for excellent water quality.  It is a Shingle beach that is accessed via a steep path and over the hill from Lulworth Cove or via a short walk from Durdle Door Holiday Park car park involving steps to climb down to the beach level.

Who owns Durdle Door and where does the name come from?

Durdle Door is privately owned by family known as Welds who own Lulworth Estate consisting of 12,000 acres of land in Dorset.

Written records of the name dates back as far as a thousand years, with the first Ordnance Survey referring to Durdle Door as “Diradle Door” in 1811.

The name evolved during the 19th century with maps referring to it as “Durdledoor” and “Durdle”. The origin of the word Durdle comes from the old Anglo Saxon word Thirl, which means a pierced hole or an opening

Durdle Door and nearby landscape has been used in numerous films such Nanny Mcphee and Wilde and also in music videos such as Cliff Richards Saviour’s Day. Durdle Door also featured in 1967 movie Far From the Madding Crowd.

There are five types of rocks exposed in these cliffs. Each was formed underwater and later tilted as continents collided. The tough Portland Stone (the base structure of the limestone arch) was breached by the sea, creating Durdle Door and the stacks which describe the coastline of 10,000 years ago.

Softer rocks behind have been washed away leaving an eroding line of Chalk Cliffs that can be seen hanging over the beach today.

In the rocks above the arch look for several holes which were the fossilised remains of the Cycad trees that once grew 147 million years ago.

It is extremely dangerous to climb the cliffs or to sit directly beneath them. Permits for scientific study or commercial photography can be obtained from the Lulworth Estate Office.

Things to do at Durdle Door

A RIB boat trip is a fantastic way to explore the rock formations of the 200 Million year old coast line. Trips are operated by several operators and may last from 15 to 30 minutes depending on the weather and availability. A quick search on Google will return several operators and their contact details Search for boat rides near Durdle Door.

Durdle Door beach is popular in summer for fishing and often regarded as under-fished due to more difficult access compared to other fishing spots.

Most tourists/visitors tend to congregate nearer to the famous limestone arch leaving plenty of free space for fishing in the beach giving it the upper hand.

Some common fish that can be caught in Durdle Door
Bass, Conger, Wrasse, Bull Hass and Pollock. 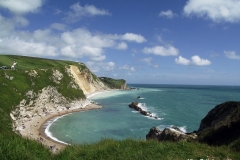 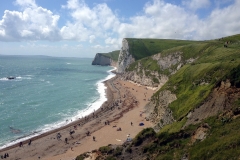 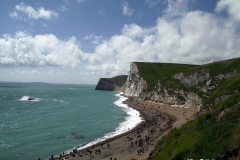 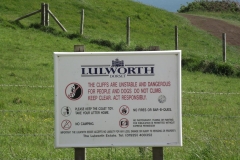 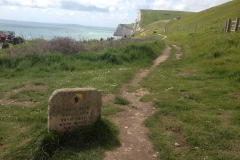 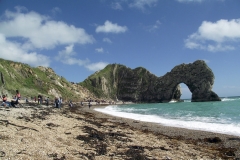 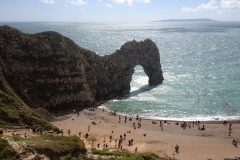 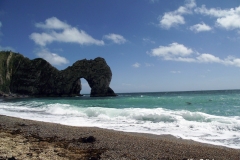 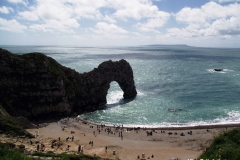 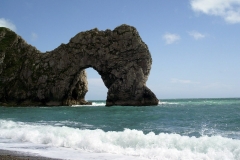 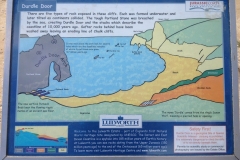 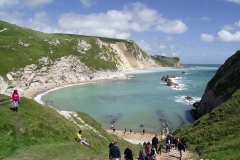 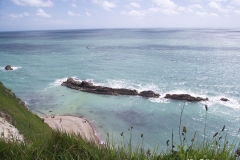 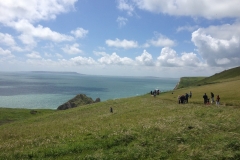 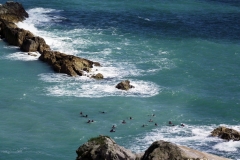 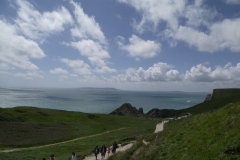 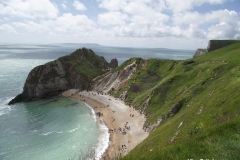 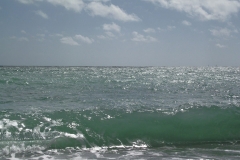 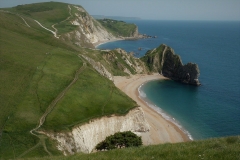 Isle of Wight – Activities, Things To See, How to Get here, maps and more

Richmond upon Thames – Top Attractions and Things To Do